We are specialized in the production of therapeutic-grade Melissa Essential Oil, since the day we were founded. We grow our own harvest from seed to bottle. From fields to distillery and warehouse, we own every link in the production chain.

We grow our Melissa herbs in the uniquely clean air and soil of the Rose Valley in Bulgaria. In this special region of the small country of Bulgaria, we found ideal conditions for farming high-quality Melissa, in accordance with the European Union bio and organic farming regulations.

We have selected a boutique-quality oil batch from our Italian partners' production, for this offer. 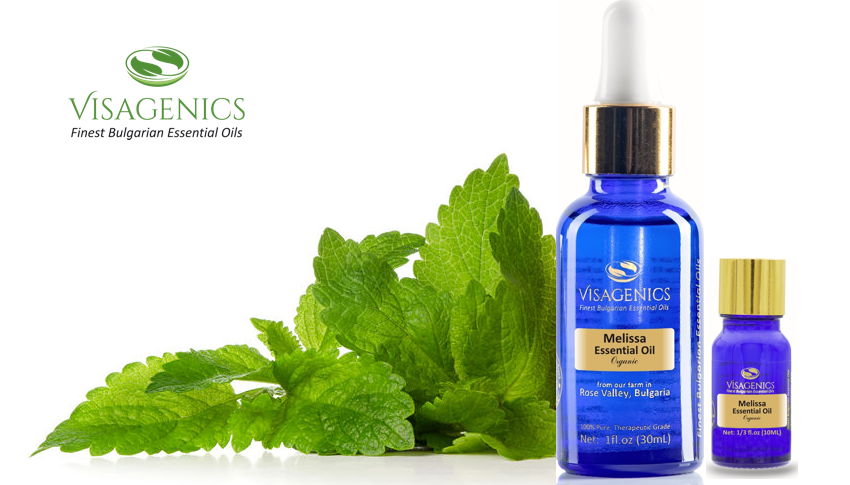 ActivityResearch has shown that melissa oil can be used to treat various diseases associated with inflamation and pain. A 2013 study published in Advances in Pharmacological Science investigated the anti-inflammatory properties of melissa essential oil by using experimental trauma-induced hind paw edema in rats. The anti-inflammatory properties of oral administration of melissa oil showed a significant reduction and inhibition of edema, which is swelling caused by excess fluid that is trapped in the body’s tissues.The results of this study and many like it suggest that melissa oil can be applied topically to reduce swelling and relieve pain due to its anti-inflammatory activity.

As many of us already know, the widespread use of antimicrobial agents causes resistant bacterial strains, which can seriously compromise the effectiveness of antibiotic treatment thanks to this antibiotic resistance. Research suggests that the use of herbal medicines might be a precautionary measure to prevent the development of resistance to synthetic antibiotics that are associated with therapeutic failures.Melissa oil has been evaluated by researchers for its ability to stop bacterial infections. The mot important identified compounds in melissa oil that are well-known for their antimicrobial effects are citral, citronellal and trans-caryophyllene. A 2008 study showed that melissa oil exhibited a higher degree of antibacterial activity than did lavender oil against Gram-positive bacterial strains, including candida.

Studies suggest that melissa oil is an efficient hypoglycemic and anti-diabetic agent, probably due to enhanced glucose uptake and metabolism in the liver, along with adipose tissue and the inhibition of gluconeogenesis in the liver.A 2010 study published in the British Journal of Nutrition found that when mice were administered melissa essential oil for six weeks, they showed significantly reduced blood glucose levels, improved glucose tolerance and significantly higher serum insulin levels compared with the control group, all of which can reduce diabetes symptoms.

Melissa oil is used for naturally treating eczema, acne and minor wounds, as it has antibacterial and anti-fungal properties. In studies that involve topical use of melissa oil, healing times were found to be statistically better in the groups treated with lemon balm oil. It’s gentle enough to apply directly to the skin and helps clear up skin conditions that are caused by bacteria or fungus.

5. Treats Herpes and Other Viruses

Melissa is often the herb of choice for treating cold sores, as it’s effective at fighting viruses in the herpes virus family. It can be used to inhibit the spread of viral infections, which can be especially helpful for people who have developed a resistance to commonly used antiviral agents.A 2008 study published in Phytomedicine found that higher concentrations of melissa essential oil nearly abolished herpes simplex virus type 1 and 2 completely when it was tested on monkey kidney cells using a plaque reduction assay. Researchers suggest that melissa oil serves as a suitable topical treatment for herpes because it has antiviral effects and is able to penetrate the skin due to its lipophilic nature.

Add 1 drop of Visagenics Organic Melissa Essential Oil to your personal inhaler, or diffuser to create a peaceful atmosphere that can help reduce worry or calm the mind during times of emotional gloom.

Dilute at a maximum of 1% with your favorite carrier oil for topical applications.

Rub 1% dilution of Melissa Oil and Carrier Oil on the abdomen in a clockwise motion when occasional digestive upset occurs.

DO NOT SWALLOW AND USE INTERNALLY. KEEP AWAY FROM THE REACH OF CHILDREN.