Steam distilled from the dried flower buds of the Clove plant to produce a 100% pure, organic essential oil with absolutely no additives or fillers.

Clove Bud is powerful in any form so we recommend a maximum dilution of 0.5% for topical applications.

We have selected a boutique-quality oil batch from our Indonesian Partners partners' production, for this offer. 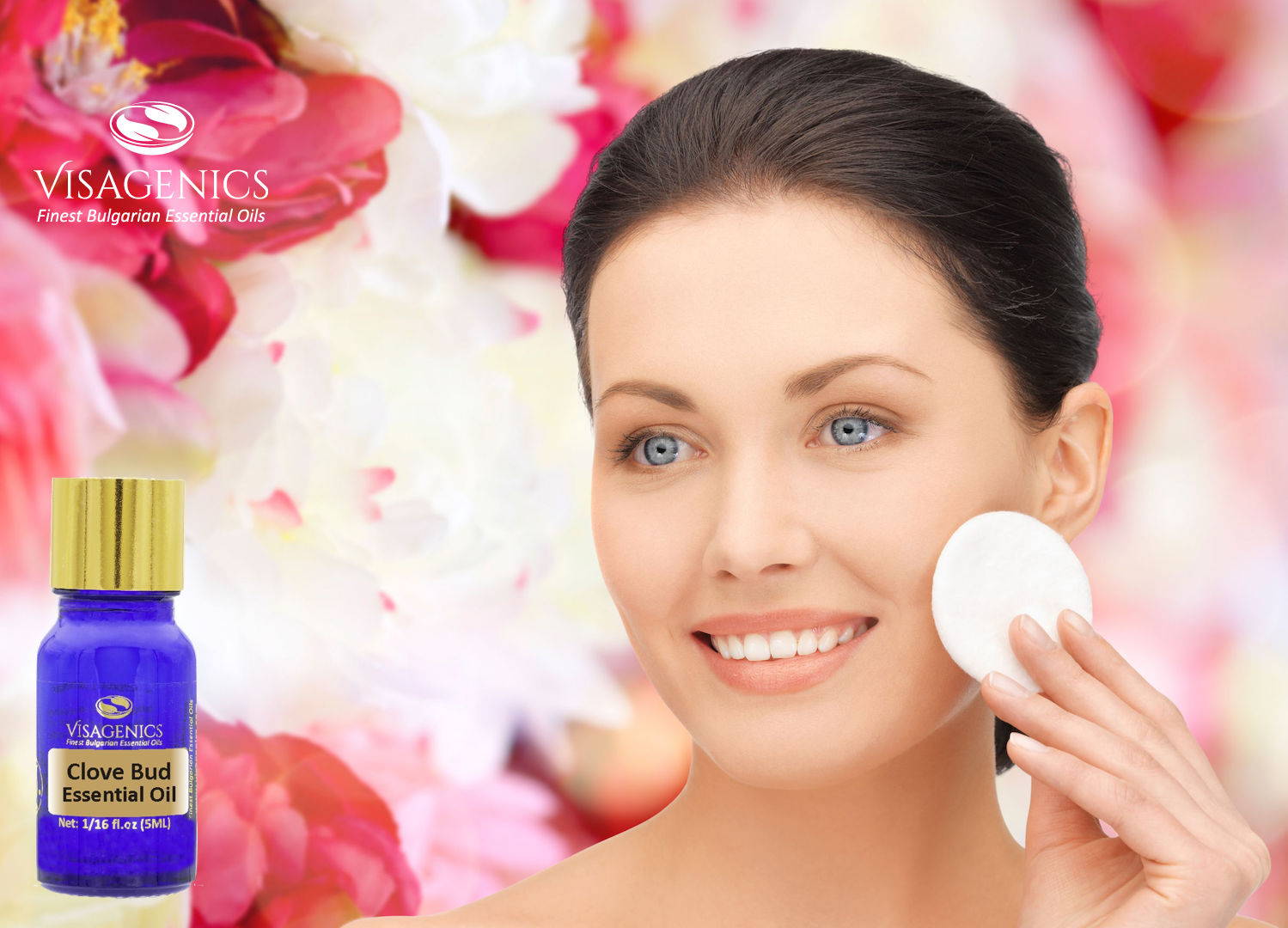 The health benefits of Visagenics Clove Bud Oil are vast and include supporting the health of your liver, skin and mouth.

Here are some of most common medicinal clove oil uses today:

Scientific research demonstrates clove bud oil’s ability to effectively kill off both the planktonic cells and biofilms of a bacteria called Staphylococcus aureus or S. aureus. What does this have to do with skin health and, more specifically, acne? S. aureus is one of several strains of bacteria that have been scientifically linked with the pathogenesis of acne.

As a natural remedy to eliminate acne, take 3 drops clove oil and mix with 2 teaspoons raw honey. Mix together and wash your face as usual.

One of the most powerful clove oil uses is fighting candida — which is something that I have spoken of at length — and something that continues to plague Americans because of their high-sugar, acidic diets.

Published in the journal Oral Microbiology & Immunology, a study was conducted to see how clove fared against other antifungal treatments and observed that it was as effective as nystatin, a drug commonly prescribed to manage yeast infections of the mouth (thrush), which has a slew of ugly side effects. Also, in addition to eliminating candida, clove essential oil is effective at killing intestinal parasites.

One of the most well-known clove oil uses, as a remedy for toothaches, was first documented in 1640 in the French “Practice of Physic,” although there is reason to believe that the Chinese were applying this homeopathic remedy for over 2,000 years. Today, clove is widely accepted as a reliable solution for dry socket and for relieving the pain and discomfort associated with various dental disorders. The Journal of Dentistry, for instance, published a study in 2006 proving that clove essential oil had the same numbing effect as benzocaine, a topical agent commonly used before needle insertion.

Additionally, research has suggested that clove oil has even more far-reaching effects. The Indian Department of Public Health Dentistry recently conducted a study that evaluated clove’s ability to slow tooth decalcification, or dental erosion, compared to eugenol, eugenyl-acetate, fluoride and a control group. Not only did clove oil lead the pack by significantly decreasing decalcification, it was observed that it actually remineralized teeth. This study highlights yet again that the so-called benefits of fluoridating our water supply and mainstream dental products is not worth the risk.

Second only to raw sumac bran, ground clove has the astounding ORAC value of 290,283 units! This means that per gram cloves contain 30 times more antioxidants than blueberries which have a value of 9,621. (10)In a nutshell, antioxidants are molecules that reverse the damage caused by free radicals, including cell death and cancer.

Research has shown that antioxidants slow aging, degeneration and protect the body against bad bacteria and viruses.Because of its high antioxidant count and eugenol levels, clove is also known as the ultimate “protective” herb and has been used in essential oil blends such as “Thieves” oil.

One of the traditional clove oil uses has been for the treatment of common complaints related to the digestive system, including indigestion, motion sickness, bloating and flatulence (accumulation of gas in the digestive tract).Research also demonstrates that clove oil may be able to help when it comes to ulcer formation in the digestive system. A study using various animal models published in 2011 finds that clove oil has both gastro-protective and anti-ulcer properties. The oil of cloves significantly enhanced gastric mucus production, which protects the lining of the digestive tract and prevents erosion that contributes to gastritis and ulcer formation.

To evaluate its effectiveness as an antibacterial agent, researchers from the University of Buenos Aires set out to determine which bacteria are most sensitive to clove’s potency. According to their study, clove has the greatest antimicrobial ability over E. coli and also exerted considerable control over Staph aureus, which causes acne, and Pseudomonas aeruginosa, which causes pneumonia.

There’s a good reason why clove oil is included in the Four Thieves Oil Blend. With its potent antibacterial and antiviral abilities, clove oil can help boost the immune system to fight off, or even prevent, the common cold and flu. With its potent ability to kill the offenders that make us sick, clove oil is commonly highlighted as a top natural remedy for guarding yourself from illness, especially during cold and flu season.

If you’re struggling with high blood pressure, or hypertension, clove oil may be able to help. Animal research published in 2015 in the British Journal of Pharmacology reveals that the eugenol found in clove oil may be able to dilate major arteries in the body while also reducing systemic blood pressure. The study concludes, “Eugenol may be therapeutically useful as an antihypertensive agent.”

A scientific study also isolated another impressive active compound of cloves called acetyl eugenol. The researchers found acetyl eugenol to be a “potent platelet inhibitor” in human blood cells, which means it prevents the clumping together of platelets in the blood. Platelet aggregation (platelets clumping together) is one of the factors that lead to the formation of a thrombus or blood clot.This is definitely a significant finding since antiplatelet, or blood thinning, medications are commonly used to treat coronary heart disease and to reduce the risk of heart attack. Clove is known to act as a natural blood thinner, so much so that it’s not recommended to combine clove oil with other conventional blood thinners.

Although it has been suspected for centuries to treat inflammatory conditions, the Journal of Immunotoxicology just recently published the first-ever study proving that the eugenol in oil of cloves is indeed a powerful anti-inflammatory.This study demonstrates that low doses of eugenol can protect the liver against disease. It was also observed that eugenol reverses inflammation and cellular oxidation (which speeds the aging process). In addition, researchers noted that taking large doses internally could harm the digestive lining and using it externally can irritate sensitive skin.

If you want to harness the health benefits of clove essential oil, consider diffusing it in your home to clean the air. Diffusing it is an especially helpful method of using clove oil for improving immune health and blood pressure.

When highly diluted with your favorite carrier oil, it can be massaged on the outer jaw of adults to help with the occasional toothache;

Similarly, it can be massaged over aching joints which come with normal wear and tear or aging.

For high blood pressure, you can also dilute it with coconut oil and apply it to your wrists. Due to its strength, clove oil should be mixed with a carrier oil like coconut oil or other gentle oils for most topical applications and only used for short periods of up to two weeks internally.

Clove Bud oil is  also a potent antibacterial ingredient to add to homemade cleaners.If you’re exposed to people with a cold or flu, you can mix it with Visagenics Coconut Oil and rub it on your neck and chest for natural antioxidant protection.